I've seen a lot of complaints about the new 12-inch MacBook. It has no ports, it's too expensive, blah blah.

But I think you should see this more like a mobile device. As an iPad with a keyboard. You don't need ports. You charge it ones a day, transfer files with airdrop. This is more a post-pc device. I think it's great that they moving away from the boring Windows PC thinking with clunky devices with a lot of ports. And if you really need ports, buy an adapter with all the ports you need.

And yes it doesn't have Apple's excellent MagSafe connector for charging, but that is not needed on this device either, because it's not meant to be used while charging it. I don't use my iPad Air 2 while charging it so why should I do that with this new portable device? And I definitely don't need any ports on my iPad. No use at all.

And the price is not so bad really, I mean that is what an 128GB iPad Air 2 with a nice keyboard cover costs.

And one thing for sure, the 12-inch MacBook is not just a glorified Chromebook. It's way more powerful than that and not as limited. Not by far.

And the Intel Core M processor is powerful enough for what this device should be used for. In benchmarks it's comparable to Intel Core i3 and i5. So you can definitely use it for video editing, music editing, photo editing and blogging. Same things I already do with ease on my iPad Air 2. 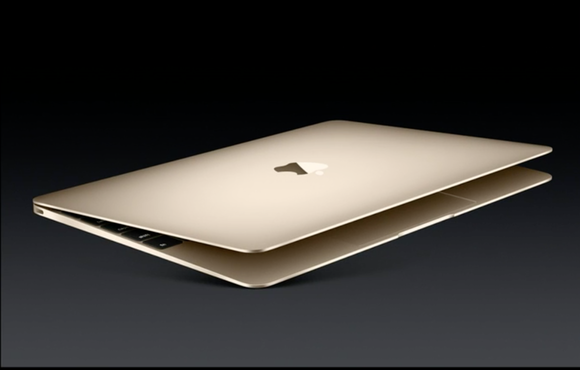 And you can clearly see that Apple and Jony Ive has been very inspired by the iPad when designing it. Same color options, same Apple logo on the back, same thin design. Even the keyboard looks to be inspired by the iPads touch keyboard with tighter keys and thinner keyboard.

And having only one port for charging and one for headphones is also exactly as the iPad.

And it has about the same battery life as the iPad.

The more I think of it, the more I clearly see that this is an iPad with a keyboard. That's how you should see it.

And to me personally, that's the future for PC'S. They will evolve to as near a post-pc device as possible.

So even if the new 12-inch MacBook is not for you, it will be plenty of users that this new awesome device will be for. And to be honest with you, if I weren't post-pc already, I would have bought it in an instant.

I think Apple should have revoked the “iBook” name for it instead though. Much better than just “MacBook”. It wouldn't have been so confusing for the consumer then. Because then it would have been clear that this is another device category.

Also watch my video with my thoughts on the 12-inch MacBook (and the Apple Watch):