At the side of WWDC, Apple's Phil Schiller has spoken with Daring Fireball's John Gruber for an episode of his The Talk Show podcast.

Gruber suggested that Apple's iOS devices should come with more storage capacity at the low end; the entry-level iPhone has included just 16GB ever since the 3GS in 2010, which is becoming increasingly hard to justify in an age of multi-gigabyte app downloads and high-resolution video recording. But Schiller argued that cloud storage is picking up the slack. “The belief is more and more as we use iCloud services for documents and our photos and videos and music,” he said, “that perhaps the most price-conscious customers are able to live in an environment where they don't need gobs of local storage because these services are lightening the load.” 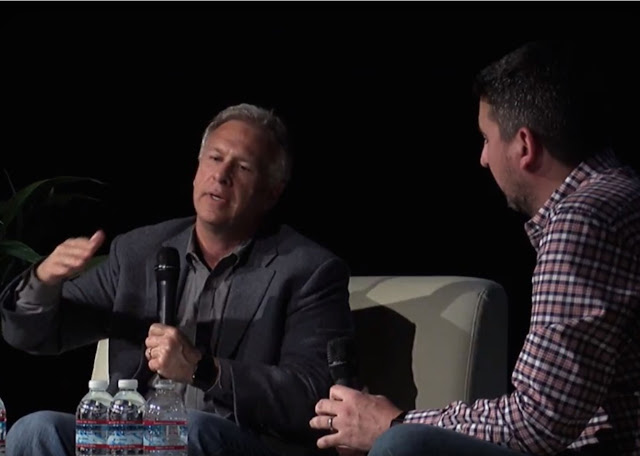 And personally I'll agree with Phil Schiller about the the seamless integration of iCloud Drive into iOS makes physical storage space not so important anymore. And iCloud Drive is incredibly fast to so it almost doesn't feel that it downloads and uploads media. And as I've been talking about in my videos and podcasts, iCloud Photo Library is totally automatic so you don't have to delete any media manually. It feels when you run out of storage space and then deletes your photos and videos from your devices and replaces them with small sized thumbnails instead. And you hardly notice anything. It even looks like you still have the media files on your devices.

So for example when I am in iMovie on my iPad and need a video clip to add to the video I'm working on, I just go into the video tab in iMovie and choose one of my videos and if it's not physically stored on my device it gets downloaded automatically from iCloud Photo Library. And you hardly notice any speed delays.

It works brilliantly and makes an excellent user experience. No other cloud storage has the same seamless user experience with iOS. So he is right. At least if you not have a lot of huge Apps installed that takes up all your storage space…

Here is a video where I try to explain how iCloud Photo Library works: