It's not unusual to see Samsung fake benchmarks (while Apple doesn't even care about benchmarks), but seeing Tom's Hardware Guide doing such a bad test and don't see the obvious is very unusual. So no, Samsung galaxy s6 is simply not the fastest smartphone, the iPhone 6 beats it even if it's 6 months older. 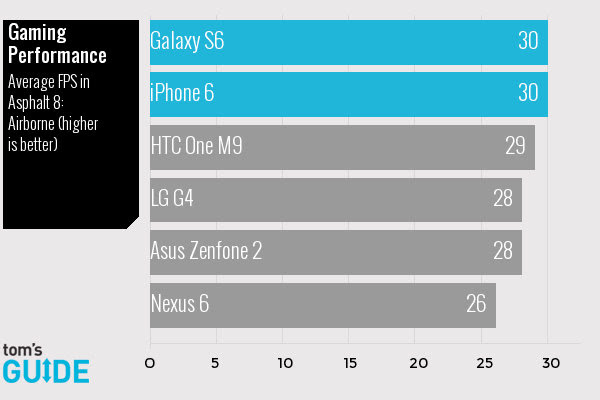 Samsung has a long history of working to cheat on benchmarks in a variety of ways to impress people who only look at certain numbers without really considering what those figures actually mean. But with the development of its Exynos “octa core” chips, Samsung has created an entire product optimized for scores, rather than for actual use.

Further, the site not only dismissed real benchmarks to favor phony ones, but also completely ignored the reality that iPhone 6 is optimized with a series of benefits not observable by the simplistic “open a file” tests orchestrated by, supposedly, a technically savvy web site. That includes the fact that Apple's app platform is now fully migrated to 64-bit (a requirement for App Store approval), and that graphics apps and games are incorporating support for Metal.

All in all will user experience always be way more important than hardware specs.