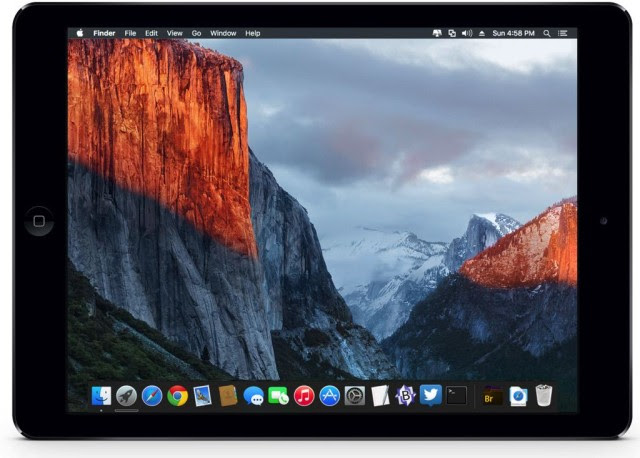 Hidden in the dense verbiage of Apple’s latest trademark filing for OS X El Capitan is an intriguing detail not previously seen in similar filings for OS X Mavericks or Yosemite — revealing that Apple’s next-gen OS X could possibly be on its way to the iPad.

Yes of course that could also mean that Apple is just cautious and add everything they could think of to this filing. But the interesting part is that it wasn't there when they did the same filing for OS X Yosemite.

It could mean the possibility that the rumored iPad Pro could be able to run OS X El Capitan when docked to a keyboard, and runs iOS when not. As an example. That could be cool. And as I've been doing videos about before, Apple also has some patents for a kind of flat surface device that can run a virtual keyboard and touch pad using Force Touch. And in the patent drawings you can clearly see an iPad docked to such surface device. That could be for this solution with OS X El Capitan.

Here is a video with the virtual keyboard and touch pad I'm talking about: