Both my podcasts featured on iTunes at the same time

It's quite cool to see both my podcasts featured on iTunes at the same time :) Svartlingcast is my Swedish podcast, and The 5 minute podcast is my English one. And I use the excellent iOS app called Opinion to record, edit and host my podcasts.

The app is made by some really cool Swedish guys. They listen to feedback. I recently told them that the sound quality went bad after an app update, so I had to use Apple's Garageband instead. But they listened and has recently released a new app update that fixed that problem. 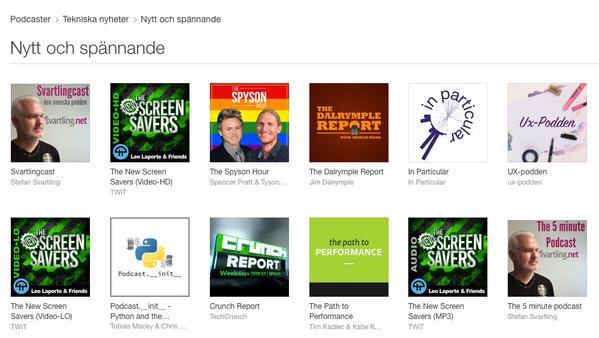 So now I'm back with using Opinion for everything. It's so easy to produce podcasts with their app. And they have just now also (secretly) released a listening stats feature for our podcasts, so now we can easily see how many that listens to our podcast episodes.

And I'm sorry that I haven't released a new episode of The 5 minute podcast in a while, but I've been busy with the remake of my website, and blogging instead. I will try to make a new episode soon. I've been doing one episode every week of my Swedish podcast Svartlingcast though :)

It is tweets like this that keeps me going: