Some new images of the iPhone 6s plus rear housing has leaked out. And as expected it looks almost identical to the iPhone 6 plus. Except for the location of some screw holes. 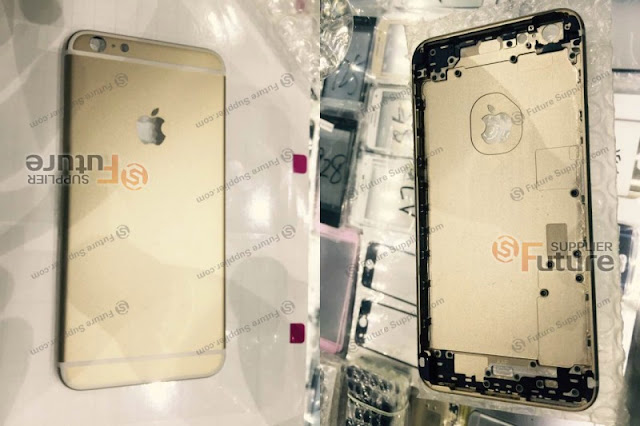 Another slight difference may come in the material actually used to create the rear housing for the iPhone 6s Plus, according to a source that spoke with Future Supplier. The source noted that the backing of last year's iPhone 6 Plus was “smoother” than the new iPhone, but simultaneously the 6s Plus will be getting a “stronger” rear housing, perhaps in response to the “Bendgate” controversy.

And that is quite interesting, some users has complained that the iPhone 6 is too slippery so that they have to use a case to not drop it. That is not something I personally have experienced though, I have no problems with that, but with a new surface that is not as slippery will sure help with that. And it will be using aluminum 7000 so it will be quite a lot stronger. I can hardly wait for my new iPhone 6s plus!