The Internet Of Things In Industry

If you've had your eyes and ears open for the past couple of years, you've probably heard a lot about the phrase “Internet of Things.” Usually, it's rattled off by some soothing voice as background commentary on a tech company commercial showing generic visuals, smiling people, and a message of progress. The trouble is, a lot of these types of advertisements don't actually make it very clear what the Internet of Things is, what it does, or how it might impact your life! 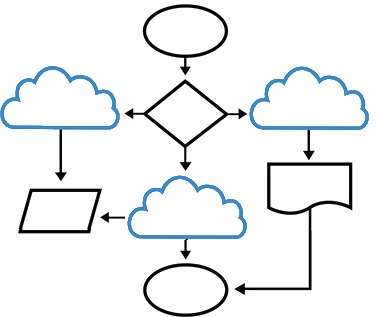 So what is it exactly? The short answer is that the Internet of Things (often abbreviated as the IoT) is essentially a digital network through which automated systems and tools communicate for the purpose of collecting data and regulating functionality. Quite literally, it's like an Internet for things, instead of people.

But even that explanation leaves the actual function and purpose of the IoT somewhat vague. Indeed, it's tough to really get a grasp on what it's all for until you read into some of the specific industries that are already taking advantage of it. Here are a few in particular that are already showcasing the value of the IoT:

When Business Insider published an article earlier this summer proclaiming to highlight the top industries dealing with the IoT, nearly the entire focus was on various sectors within the manufacturing industry. Specifically, the article made note of a projection that manufacturers across the globe will invest upwards of $140 billion in IoT technologies in the next five years as they seek to become more efficient in managing supplies and production schedules. Through the IoT, manufacturing companies hope to gain a more comprehensive means of staying on top of their own data, as interconnected systems built into company infrastructures provide seamless, immediate tracking.

Just as Business Insider pointed to a $140 billion market in IoT-related devices and technologies for manufacturing, Forbes recently cited a $117 billion market projection for the same technologies in the healthcare industry, by 2020. This came on the heels of a previous Forbes article that illuminated some of the impactful uses of IoT devices in healthcare namely, maximizing device usage and efficiency, managing supplies and resources, and analyzing test results, to name a few. All of these functions can be conducted swiftly and with some degree of automation on IoT devices, and really, that's only touching on the potential healthcare applications. There are also huge markets for home health-monitoring devices that can report automatically to hospital systems in addition to data tracking and wireless record-keeping tools in hospitals and clinics. All of these would fall under the umbrella of the IoT.

Shipping and fleet management companies provide great examples of how the IoT can have an enormously influential reach that we might not think about in our day-to-day lives. A blog article at Networkfleet summarized how companies in these industries can take advantage of the IoT. While there was no specific cash value associated with the potential market, it's clear that the implications are large. Basically, companies managing shipping fleets are now able to automatically track any and all data related to their vehicles, which allows them to manage routes, monitor fuel consumption and repairs, and conduct any other activities that can lead to efficient operations and lower costs. Connectivity between vehicles and online systems and data centers at company offices makes the whole process incredibly simple and intuitive.

Hopefully, those examples have provided a clearer idea of just how influential the IoT concept is becoming. And really, the industries mentioned above are only a few of many making significant changes based on increased wireless connectivity. It'll be amazing to see how this general movement continues to affect our lives and the industries around us in the years to come!

This is a guest post written by Kevin Gannon. Kevin Gannon is a freelance writer currently obsessing over everything tech. In his time away from his computer and smartphone, Kevin enjoys fishing and riding his bike.