This is a really bad move by Evernote - Todoist here I come!

I'm quite disappointed in Evernote. They removing the great and very useful feature to send emails to Evernote for the free account now called “Basic”… You have to pay to keep using that feature… It's only available for the new Evernote Plus and Premium accounts. 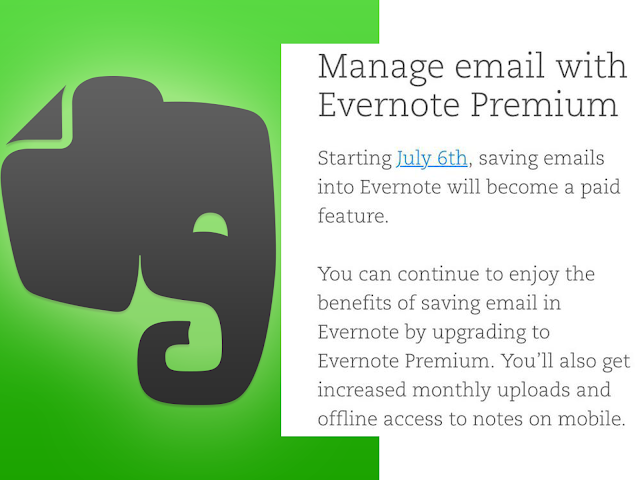 And I actually don't have problems with paying for Apps and services I like, but I the way Evernote did this was a very bad move. This feature has been free from the start and thousands of users (including me) has built up workflows and ways using this email feature. And now after so many years Evernote forces all those users to pay for that feature.

Personally I used it to send in email with attachments like documents into my Evernote account so that I could store them there and process them later, and also for future reference. It was awesome to be able to have these documents always with me on all my devices.

This just make me even more sure that I will pay for Todoist premium instead now. And start using this email feature with the excellent Todoist service instead. It works great to store documents and attachments from emails in Todoist.

I think Evernote loses a lot of loyal users by doing bad moves like this.

So here I come Todoist! I will go all in with you know thanks to this bad move by Evernote.

Here is just a few tweets from many users that also is disappointed in this bad move by Evernote: