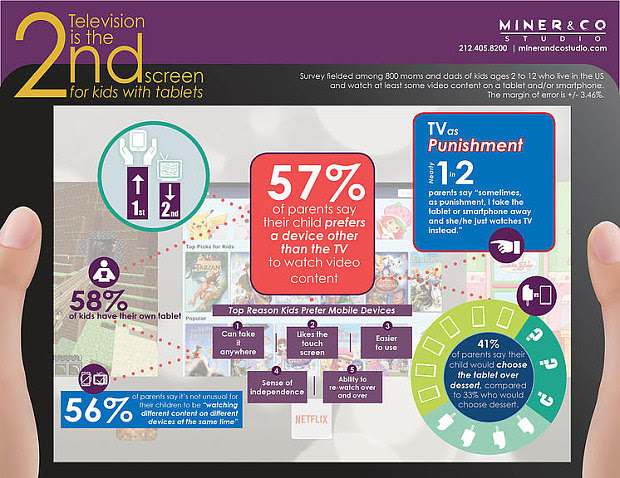 A new study says that the television is now a second screen for kids. They prefer a tablet (iPad) over a TV. And that is exactly what I've been talking about before. Kids and teenagers doesn't watch television anymore. They prefer streaming video, YouTube, twitch and the internet. TV has become old media, and I totally agree. Personally I have totally stopped watching television for a quite long time ago. Internet had taking over for me and my whole family.

Taking away television privileges has long been viewed as an effective way to punish misbehaving children. But no longer, according to research. In fact, making kids sit in front of an actual TV is now a way of disciplining them, since young children are now so used to playing and watching videos on tablets that the TV has become an inferior “second screen”.

And our 18 year old son hasn't watched broadcast television for almost three years now. He even says that “it's old media”. He only watching streaming video. YouTube, Twitch and more. And me and my wife watch streaming video from the “play” TV channels that is available here in Sweden. Like SVT play, TV4 play and more. And of course YouTube. And my wife often watch her favorite series in bed on her iPhone 5s.

I'm living in the post-pc era and don't use normal computers anymore, so my 11-inch MacBook Air is only used as a Media center now, connected to our 40-inch HDTV in our living room. So it's all used for internet streaming video now and nothing else.

Here is a video I've done on this topic: