Could this smaller 1715 mAh battery be for the iPhone 6s or is it for the mythical iPhone 6c?

The French website Nowhereelse always get great Apple leaks. They recently got their hands on an iPhone battery that looks identical to the iPhone 6 battery, but with one strange difference though: the capacity is lower than before.. It only has 1715 mAh capacity and not 1810 mAh as the battery in the iPhone 6. 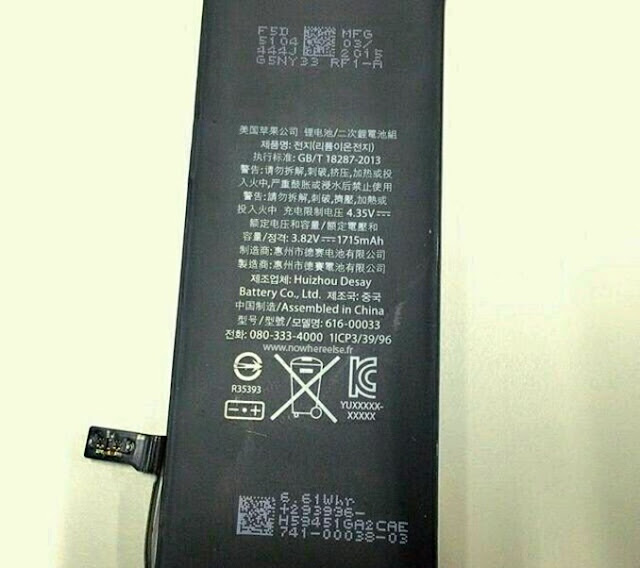 The battery's 1715 mAh capacity is lower than the 1810 mAh capacity of the iPhone 6 battery, indicating Apple would have to have increased power efficiency of the device for the “S” generation in order to achieve the same battery life as its predecessor. Given the consistent overall design of the iPhone 6 and 6s, it is unclear why Apple would reduce the battery capacity at all

So to which iPhone is this battery for? I can't really understand why Apple would put in a battery with lower capacity in the coming iPhone 6s. That doesn't make any sense. The rumor says that it will be even a bit thicker than before to make room for the new Force Touch panel, so that can't be the reason. And if it has tactile feedback for the Force Touch technology, it will need a battery with more capacity and not less. So it's a mystery. Maybe the mythical iPhone 6c lives after all?