The rumors says that we will see a new Apple TV on Apple's iPhone event September 9. The new version will run iOS and have it's own App store. And the reason why Apple didn't already show us the new Apple TV on WWDC in June, were that they are waiting for some TV streaming subscription service deals to be ready. But that is not where the big opportunity lies according to some analysts. 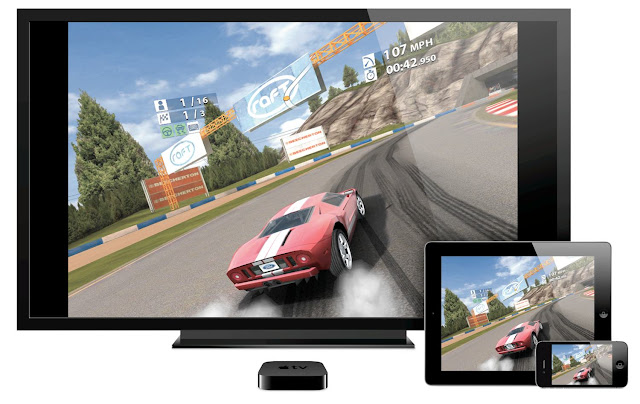 To analyst Rod Hall, the massive $34 billion console gaming market is where the “real opportunity” for a new Apple TV lies. He estimates that an anticipated set-top box with a dedicated App Store would give Apple a foothold in that market and contribute a meaningful amount to its bottom line.

And that's actually a good point. The games could even have quite good graphics and performance thanks to Apple's A8 or even the new A9 chip. And with Bluetooth built-in to the Apple TV, we could also see some good gaming controls both from Apple and from third-party manufacturers.

So having its own App store filled with games that the new Apple TV can run, could actually mean more revenue for Apple than the dying TV channel market could give them..