An iPhone 6s information sheet has apparently leaked out. 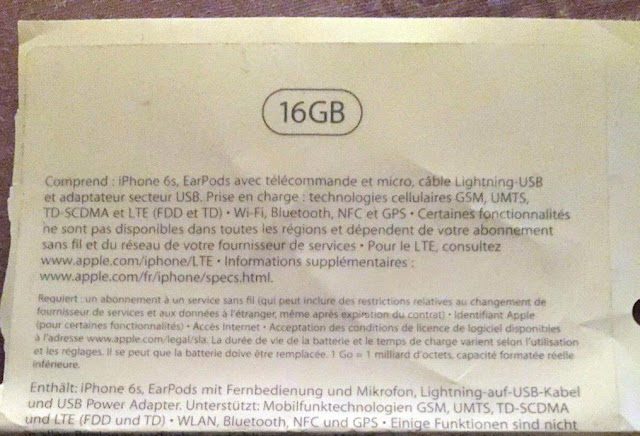 Whilst the detailed technical specifications do not reveal anything new, the page header is intriguing. It suggests that, once again, Apple will offer a 16 GB base model version of the iPhone 6S.

But as I've said before, I think the 16GB version should stay because there still are many users that doesn't need more because they're only using the apps that comes with the iPhone and are happy with that.

It's perfect for companies and corporate business for example. It's much cheaper to buy a 16GB iPhone 6s to their employees.

But I also think that Apple will release a 32GB version this year, exactly as they did with the new iPod Touch 6. It will fit perfectly fine right between the 16GB and 64GB versions.

So I don't see the problem that many people seems to have with that Apple still will offer a 16GB version of the iPhone. Choice is good.

Via iPhone 6S rumors: New packaging leak suggests 16 GB base model will stay around for another product cycle | 9to5Mac