I'm really amazed over how good the dictation on the Apple Watch works. Even with my native language Swedish. That feature alone makes it both easier and faster to create and reply to messages and emails on the Apple Watch compared to have to take out your iPhone and type your message. 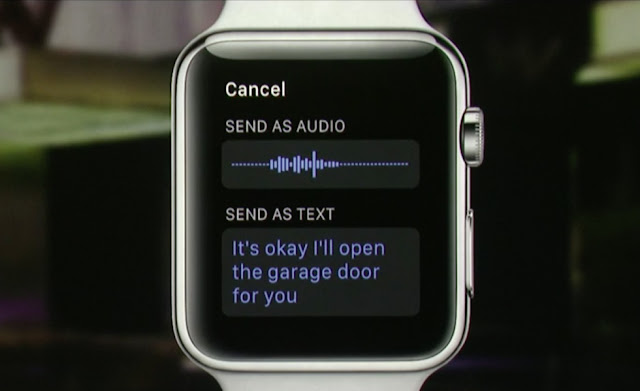 I use it a lot. Even in the car. It feels very safe to reply and send messages that way. Just talk into the watch. The dictation works good even in noisy areas.

And I think it's great that most Apple Watch apps has the dictation feature built in. Some apps has the possibility to use pre-made messages that you can choose from a list. It works but it's not as easy as just talk into the watch. And it doesn't feel as safe to do that while driving either.

And I really like that you can reply using dictation directly from a notification with some of the apps. Just do a Force Touch directly on the notification and then talk. Easy and fast.

It's awesome to use dictation in apps like Todoist, Day One, Messages, Outlook, iTranslate, Drafts, Evernote and many more. 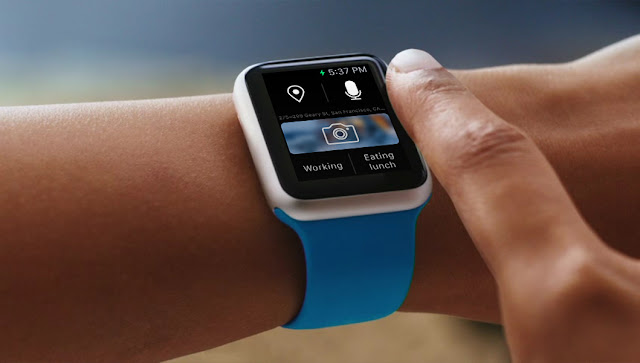 One of the apps that I think pre-made messages and check-ins and so on works really great with though, is Day One. I'm a huge fan of Journaling, to me it's a kind of therapy to keep a journal. It's an easy way to be organized too. And Day One is the best Journaling app there is. It's in its own class. And the Apple Watch app makes it even better. In fact it's so good that I prefer doing my daily entries from the Watch instead of my iOS devices.

I really like the check in feature that automatically adds info from your location. I like the pre-made messages you can create and then choose from. When using those you get the option to add the latest photo taken on your phone to the entry too. I really like that. The journal entry gets so meta rich by doing that. And of course you can add more content by using dictation. Day One is simply one of the most well made Apple Watch apps yet.