The more I think about the rumored new Apple TV that Apple most likely will unveil on the September 9 event, the more I'm sure that it will be something really special, something big and important for the future.

It could be a completely new computing platform we will see there. It could basically be like a Mac mini running iOS. 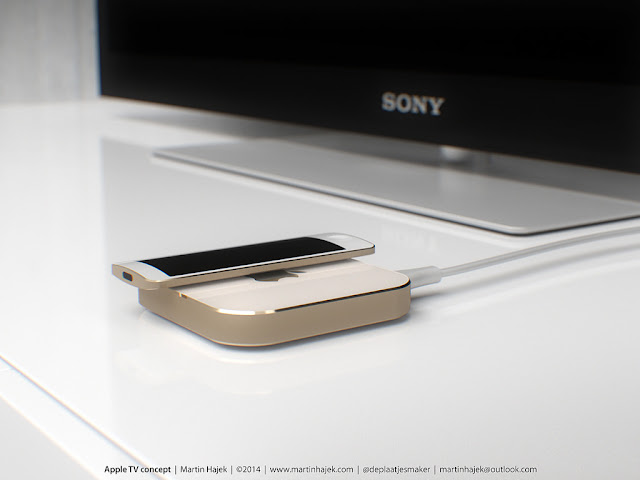 A concept render of the new Apple TV. Source.

The new Apple TV is rumored to run on iOS and have it's own App Store. It is also rumored to have at least an A8 chip. It could even get the new A9 chip, same powerful chip that the iPhone 6s will have.

It will probably be powerful enough to run advanced and professional iPad apps. And the new multitasking features in iOS 9 will be great on your large HDTV display. And the new virtual touchpad features we have seen in iOS 9, the one that makes it possible to tap with two fingers on the display to transform it to a virtual touchpad sounds almost as it were made for an Apple TV control. A perfect match.

And I also believe that we will see some really cool things with the Force Touch technology for the Apple TV. Some kind of controls to navigate and use apps remotely.

Personally I would prefer a “Mac mini”-like computer running iOS than the normal Mac mini that runs OS X. Why? Because I prefer iOS apps. As you know, I am already Post-pc and doesn't use normal computers anymore, and iOS apps is one of the biggest reasons why. And if I could use the same apps on a new Apple TV as I do on my iPad, then it would be awesome. And with the same excellent sync as between the iPhone and iPad, and the great handoff and continuity features we have between iOS devices, then the user experience on this new Apple TV computing platform would be really great.

I think the new Apple TV will be Apple's first step to try out iOS on computers. In a few years after that we will see the first Mac running iOS too.

The future for Apple and their devices looks highly interesting!