A totally new iPad model identifier has been seen in some analytics data from iOS apps. And the new iPad also has a higher display resolution than the iPad Air 2. So this could be the much rumored iPad Pro. 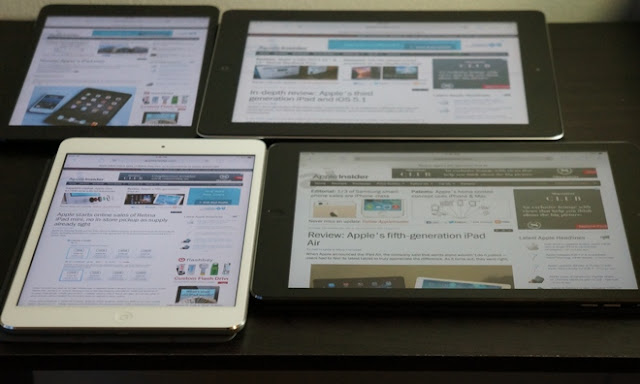 Analytics firm Appsee, which provides tools for developers to collect data on in-app user behavior, said that they spotted a new iPad identified as model “iPad6,8” in their user logs. The iPad Air 2 bears model identifiers “iPad5,3” and “iPad5,4” for Wi-Fi and cellular versions, respectively.

The device Appsee found also sports a larger 2,048-pixel-by-2,732-pixel display, compared to the 2,048-pixel-by-1,536-pixel unit found on the newest iPads. That matches with references found in developer previews of iOS 9 earlier this summer.

So this could mean that the iPad Pro is in the last stages of testing before going into mass production.

Personally I still believe that such a big iPad with a 12.9-inch display will be too big to hold and use easily. So it will need to have some kind of case to be useful. The great thing with the very light and thin iPad Air 2 is that you can hold and use it as an iPhone. No need for cases at all. That's one reason why I love it so much.

So if you need to have some kind of keyboard case or something, why not buy the new 12-inch Macbook instead? It will be the same size, weight and price.

That's why the rumored iPad Pro need to be something else than just a larger iPad. Otherwise I don't see the point. Apple already have an iPad with a keyboard: the 12-inch Macbook.

And the rumored Apple stylus for the iPad Pro won't be enough….