Some early preliminary benchmarks of the A9 chip in the new iPhone 6s and iPhone 6s plus, shows that it beats all high end phones on the market by far. 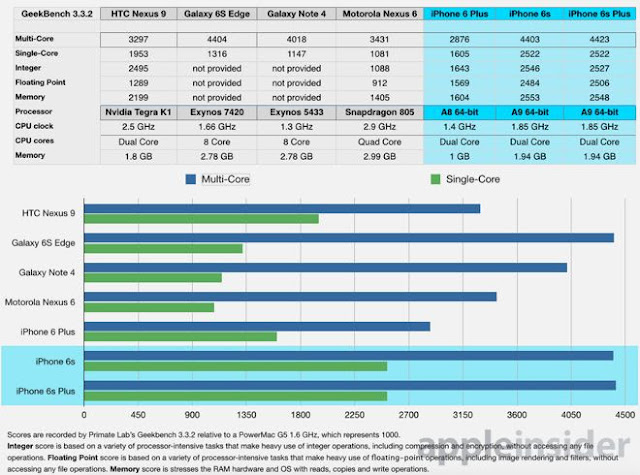 It doesn't matter if the very expensive high end android phones has 8-Core processors or whatever, the iPhone 6s beats them anyways. It clearly shows how well-designed the A9 processor is. And also how Apple optimizes the hardware for the software.

If you should buy a phone today, there is no other option than the iPhone 6s and the iPhone 6s plus. Heck, I would even prefer keeping my very fast and powerful one year old iPhone 6 than any of the so called high end android phones!

Via Apple Inc A9 chip cores in iPhone 6s and 6s Plus deliver a processor punch to Samsung, Qualcomm