Here is some new renders of the iPad Pro (video)

Some blueprint renders of the iPad Pro has once again showed up. But this time it's for two different iPad Pros, one based on the earlier renders from December, and one based on a new blueprint from June. They are slightly different.

If the newer plans from 2015 are correct, it’ll feature a lock switch, a power button on the top edge, two microphones on the centre/top back and the centre/top edge and a headphone jack at the top edge. Here the measurements are listed as 305.7 x 222.8 x 8mm.

To me it looks huge even if it still is very thin. It will be awkward to hold it and working on it. It will be very hard typing on it holding it in portrait mode for example. As I've said before, the only way using this is having some kind of case with it and use it on your knees or a table. You won't be able to hold it while working. And personally if I can't hold it while working I would rather buy the 12-inch Macbook instead. It will probably be around the same price anyways. 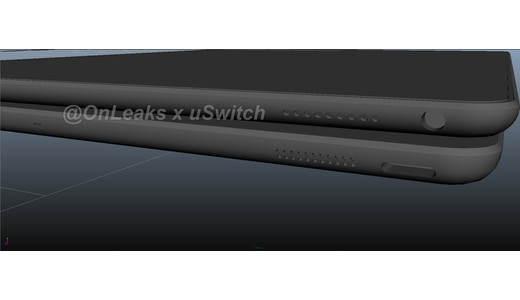 So I will probably stick to my beloved iPad Air 2 that I can easily hold in my hands while working for the whole day.

Watch the rendered iPad Pros in this video: