The very impressive and powerful iPad Pro has 4GB RAM

During the Apple keynote yesterday we saw both Microsoft and Adobe demoing their apps for the new iPad Pro. 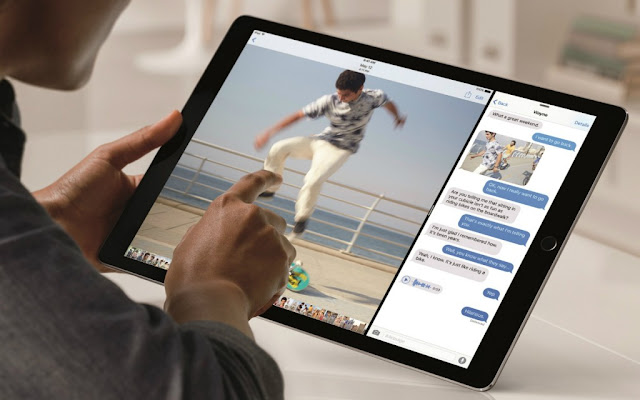 As expected given iPad Pro’s productivity-oriented approach, one of the developers who stepped on the stage yesterday during Apple’s keynote was Adobe. The company showcased some of the next-gen Creative Cloud applications, including the brand new Photoshop Fix, along with Adobe Comp CC and Adobe Photoshop Sketch.

The developer also had the opportunity to showcase how these applications can be used in iOS 9’s multitasking environment, and needless to say everything went quite smoothly. No wonder, given that the iPad Pro is apparently equipped with 4GB of RAM.

And the iPad Pro looked as impressive as it sounds. You can have two very processor and memory intense apps like iMovie and Photoshop open side by side with ease. Very smooth and fast. The new iPad Pro really has desktop performance.

And I guess that having twice as much RAM as the iPad Air 2 is needed if it will run two full iPad apps side by side in split screen mode.

Via iPad Pro: 4GB of RAM Confirmed By Adobe