iPad beats traditional computers when it comes to workflows 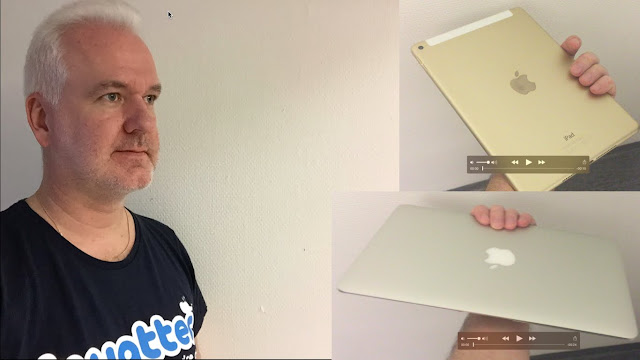 The iPad beats normal computers when it comes to workflows. I read an excellent article that says the same as I've said for a quite a while now.

Where the iPad Pro succeeds, surprisingly, is in app interconnectivity. We generally think of iOS apps as their own individual sandboxes, but sharing extensions are exceedingly powerful at moving your files from one location to another.

This is exactly what I've tried to explain when I tried to go back to the Mac a year ago, after being post-pc for a whole year. I failed because everything was so awkward and took longer time to do on the computer than it does on the iPad. The In-App interconnectivity is awesome on the iPad. it makes it so easy to send content between apps.

The share sheet and extensions in iOS makes apps connected to each other.

So creating and editing content is much easier and faster to do on the iPad than on normal computers.

That was the biggest reason why my “Back To The Mac” experiment failed a year ago.

Here is some videos I did about my Back To The Mac failure: