Early 2016 12-inch Macbook could be released end of April

Information about the second generation 12-inch Macbook shows up in the latest OS X server version.

Using the System Image Utility tool, a user can create a Mac OS X image to then install onto other systems. This speeds up system administrators work when having to install and configure multiple computers. One of the options given within the tool is the ability to limit the configured install image to only select Mac models. In this model filtering list, we see the 12” MacBook (Early 2016) as a possible option to select

Of course this doesn't mean for sure that Apple will release a new 12-inch Macbook soon. I mean, something could come up that make them delay the release, but this definitely shows that they at least have plans for doing so.

And it has actually gone over one year since Apple presented the first generation now. So it's time for a new one. 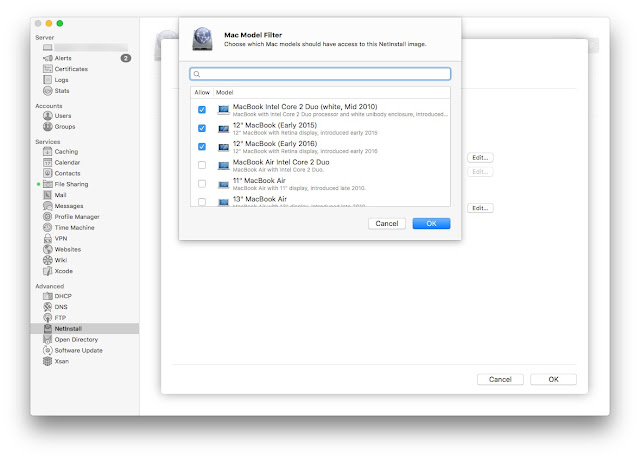 It will be very interesting to see how much better the battery life will be, and how much more powerful the new processor will be. I don't care about ports, so having just one port is fine by me. As i said, i will use it like and iPad and the iPad only has one port and that has never bothered me while i was post-pc.

And to me the 12-inch Macbook is the most powerful, mobile and portable device you can buy. It's like a post-pc device. It's the next generation Mac.

I can hardly wait until its released!

Here is one video where i talk about its time for the second från now: