The app Just Press Record is available for all Apple devices, and the best thing with it is that it saves and syncs the audio in iCloud. That means that the recordings is immediately available on all my devices. You can record, listen to and organize your audio recordings directly on the Apple Watch. 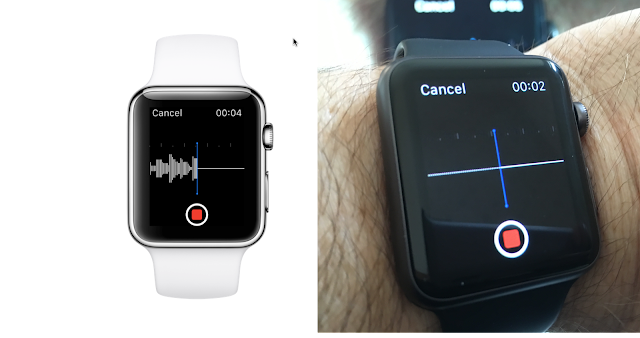 So because of that I get much much more productive because I can create content anywhere I go, directly from my watch. And in very high quality too.

So as soon as I got an idea in my head, I can immediately record it on my Apple Watch and it shows up on all my Apple devices in an instant.

So I use it on my Apple Watch to record audio that I can drag and drop directly into Final Cut Pro X1 on my Mac. From there I can create videos from all the recordings. And it works flawlessly.

So I often have a lot of different projects going on in Final Cut Pro because some ideas is just a few seconds long but I create a project for it anyways, because then I can record more sentences from my watch to that project at a later time when I feel for it, or when more ideas on the same topic shows up in my head.

I have a task in Todoist that says "Go through audio recordings" every day. That way I can organize them in Final Cut Pro X into the right ongoing projects or into new ones. 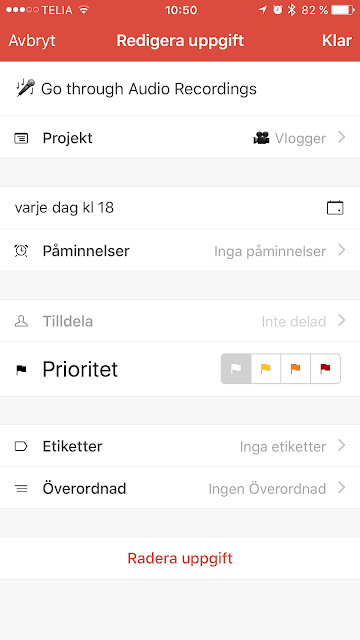 So the app Just Press Record makes me a lot more productive as a Youtuber, but I think it would make a lot of other people more productive too, it’s great for a lot of different things. It’s good for podcasting for example, and you can use it to dictate thoughts and ideas to store and organize into other kinds of projects for example. The audio files are really small so you can easily use them for storage of your thoughts. And Just Press Record makes it really easy to organize and rename the audio clips, and it’s available for iPhone, iPad, iPod, Apple Watch and Mac.

All the audio for the video below is recorded on my Apple Watch using Just Press Record: