It's only logical if Apple would change OS X to macOS 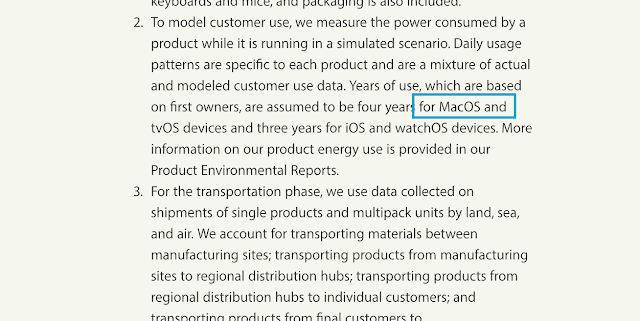 Apple has unveiled a new Web page today1, and on that page they refer to their desktop operating system as MacOS and not as OS X.

In a section on the webpage that discusses Apple’s process for conducting a product life cycle assessment, it refers to MacOS, tvOS, iOS, and watchOS devices. There’s no mention of OS X anywhere on the site.

The page has changed now, so it could just be a typo, but to me it only logical. I mean, they already have iOS, watchOS and tvOS. Why not macOS too? And I mean, it can't be called OS 10 (X) for ever.

By the way, is there anyone that remembers that OS X has been called Mac OS before? And that iOS was called iPhone OS in the beginning?

But personally I think OS X will be called Apple OS the day it merges completely with iOS.

Here is a video where I talk about a device running both OS: