Why iPhone sales are declining 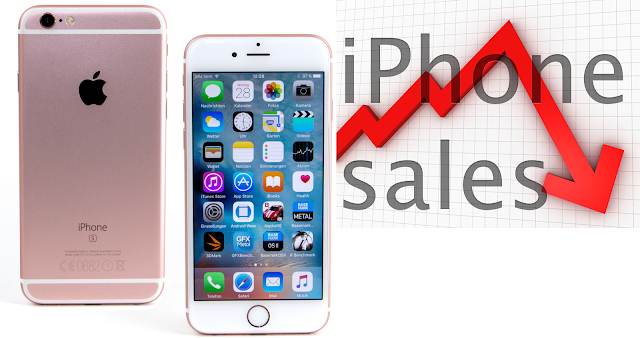 There is probably a lot of different reasons why iPhone sales are declining. Some quite natural and some more speculative, but there is one reason that I've been thinking about quite a lot lately.

The iPhone has more and more become a real computer for doing work and some real computing things on. People are using the iPhone as a computer replacement more and more. Paying bills, reading and writing emails, and of course using it for all their social stuff like Facebook.

All this things they used their desktop computers or laptops for before.

These 'casual' computer users doesn't bother to turn on their computers and wait for them to boot up before they can use them anymore. It's much easier and more convenient to use the powerful pocket computer they always have with them.

I think that is also the reason why many women prefer buying the larger iPhone Plus over the smaller ones. Because they almost never use computers at home. They use their large iPhone. I don't have any numbers on this but I personally know a lot of women that do like this.

And the latest iPhones is so powerful and well-built so there is no need to upgrade them as often anymore. And that is what I believe is the actual reason why Apple sees a decline in iPhone sales.

Because the iPhone is a real computer now, the users buy new ones like they do with computers, every 3-4 years. And not every year or every other year as before.

No problem for Apple

And personally I don’t think that is a problem for Apple. They know that they have a trusted user base that will keep buying their products. And that user base will only grow and grow over time. And by changing the naming strategy by removing the numbers from the iPhone names, it will be an even smaller problem for Apple. Because it would mean that people will buy a new iPhone when they feel the one they have is worn out or when they feel for it, and not be bothered with which version they have or what version is the newest. Just choose size and color and nothing else.

The iPhone 6s Plus is the best pocket computer I've ever had: