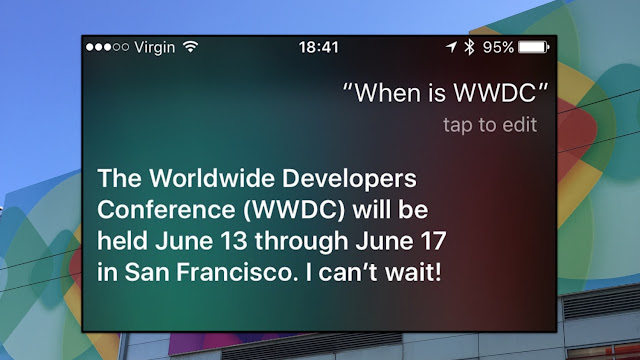 In an unusual chain of events, it appears Apple is announcing the WWDC dates through Siri. Although the Apple website has not been updated with any new info, Siri is proudly proclaiming that WWDC 2016 will indeed be held in San Francisco from June 13th to June 17th

I am sure this year's WWDC will be incredibly exciting! Even if it's Software and developing based as usual, I am sure we will see some cool stuff about both the next iOS 10 and OS X, or will it be macOS already this year?

Maybe we will see some new Macs too?

Apple hasn't announced this yet on their website but it's definitely official now when Siri announces it.

Here is my thoughts before last years WWDC: