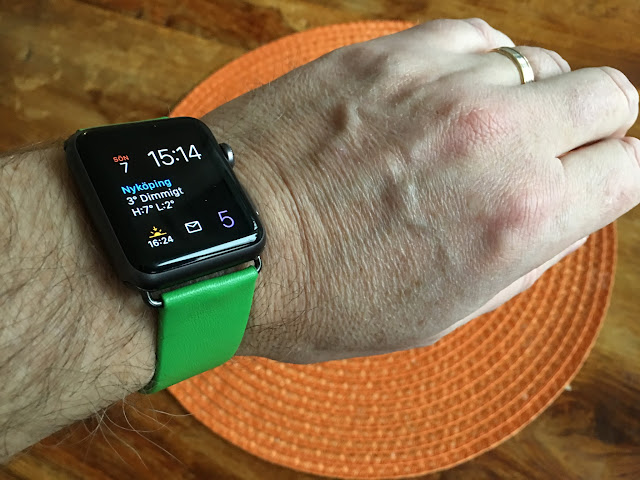 I absolutely love my Apple Watch, but some users don’t see the point in keep using it. Alex Hern from The Guardian is one of them. He says:

“It would be boring to go through every feature point by point to explain why it’s useless. But a few fundamental flaws of the watch suffice to explain 95% of the issues: the watch is too slow to act as a speedy alternative to your phone; the user interface is too fiddly to use on the move; the notification model is too limited to do anything other than encourage you to pull out your phone repeatedly; and Siri sucks”.

And apps you use often stays in memory so they start quite quickly if you need to open it to do something. For example tick of a task as done in Todoist. Or defer a task to a new time. That is very fast to do if you do it often. Still much faster that have to pick up my huge iPhone 6s plus from my pocket, unlock the screen and find the Todoist icon and click on it to be able to add a task.

But I’ll agree with his statement that Siri sucks. Because it really do outside of US and a few other countries. And it’s not actually Siri’s fault, it’s the lack of support for foreign languages. You simply can’t give the same commands and search for the kind of things that you can in the US.

And personally I believe that voice based services will always suck because of the same reason. The services are made in the US and therefore they will never have as good support for all the hundreds of other languages that exists internationally.

And that’s also why it worries me that it seems that both Apple and Google is prioritizing voice based assistants. They seem to think that it’s the future. But it isn’t. Not by far.

The reason: The language barrier.

Sadly both Google and Apple doesn’t realize that because they don’t see the problem. They live in the US.

Personally I will keep using my Apple Watch until the bitter end. It’s still one of the best devices I’ve ever bought. But I am not sure I will buy a new one though. Not if Apple will make it even more Siri dependent.

Here is a video where I try to explain what Apple Watch Complications are: