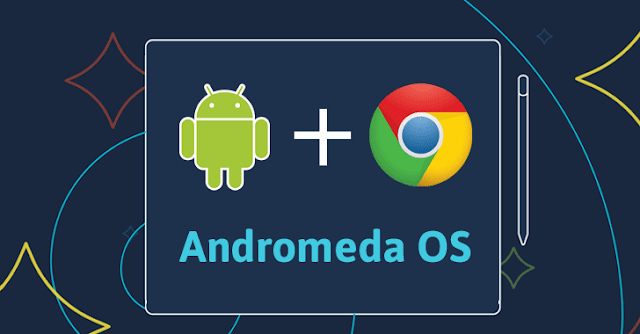 The rumor that Google will announce Andromeda (Codename), a new operating system that is based on both Android and Chrome OS on the October 4th event is one of the most exciting and important things I've heard in many years.

Andromeda is actually mostly Android, but with all the good things from Chrome OS added. It will be an operating system for all kinds of devices, laptops, tablets, 2-in-1's, convertibles and of course smartphones. All running the same OS and apps.

Incredibly exciting. This will be the future. I can feel it.

The rumors also say that Google is working on new devices that will run on Andromeda. A laptop with the name Pixel 3 for example, that will be incredibly thin, thinner than the MacBook, and having a glass touchpad with force detection, a fingerprint scanner, two USB Type-C ports, stylus support and still cost only $800.

Pixel 3 sounds so exciting that I will skip buying a Chromebook instead of my MacBook Air this year, and wait for this Pixel 3 device instead. Even if it's just a rumor and not available until Q3 2017.

That's how exciting all this sounds.

And maybe you remember that I did a video a while ago where I said that Google could do exactly this already with this year's rumored Google Pixel phone that would replace the Nexus phone . Now maybe that was too early and will probably not be until next year's Google Pixel phone, but then maybe Google won't call this year's phone Pixel phone, maybe they will keep the Nexus name one more year? We will see, the October 4th event is soon here.

Below you can watch all three videos I've done on this topic: