Reasons why I probably won't switch back to iOS from Android 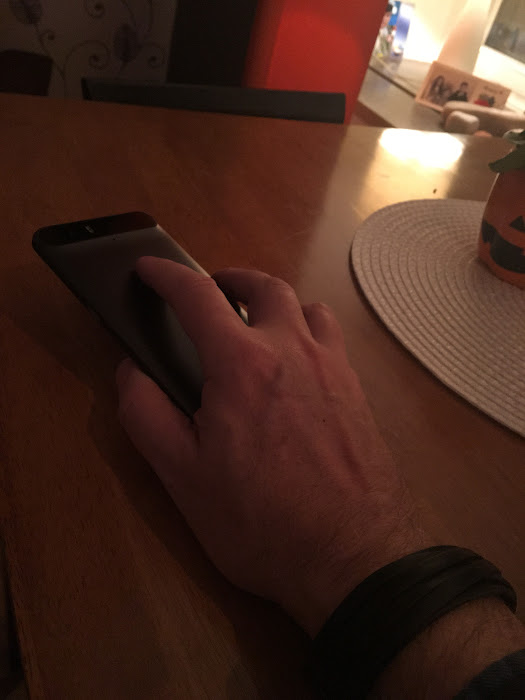 In July this year I decided to buy a Nexus 6P instead of waiting for the iPhone 7 (plus) that I thought sounded so boring in all the leaks and rumors I had seen by that time. My plan was to use the Nexus 6P instead of my iPhone 6s Plus and not buy the new iPhone, and wait until next year (2017) to buy the iPhone 8 (or iPhone 10 or whatever it will be called) because it sounded awesome according to some early rumors, with edge-to-edge display with touch ID button integrated into the display itself, and a glass backside and all. But now I am not so sure I will buy the next iPhone anymore. Here are some reasons why I am so happy with Android and why I think it’s a better OS than iOS.

It has a real filesystem, and you can carry your files on your device and use it as a USB drive. And you can share and use the files between apps and services as you want. It doesn’t matter where they are saved and stored. You can use a nice file manager app and get to the complete operating system and all files at ease. No restrictions when it comes to sharing.

And I also like the great and tight Google integration. Google apps are much better on Android than they are on iOS. It’s a myth that some Google apps would be better on iOS. I really like that I can add a reminder simply by saying “Ok Google, remember me to buy milk 5pm”. I don’t need to open a specific app to do so. Yes, you can do the same with Siri on iOS but Siri sucks big time compared to Google Now. Google Now is better in every aspect. And it’s even great in the Swedish language. My native language. That’s is more than you can say about Siri…

And to get to Google Now by just doing a simple swipe to the right is awesome. And Google Now learns what you like and want to do. Very useful.

Not so expensive devices

You can get a really good Android phone for half the money of an iPhone 7. Heck, you can get two Nexus 6P for the same price as an iPhone 7 Plus!

Personally, I’m not sure I will ever buy such an expensive phone as the iPhone again. There is no need to pay so much money to get a great phone.

And you can get bigger phones, bigger screens on Android phones, and they are still cheaper than iPhones. I use my mobile phone as my main computer so screen size is essential to me. Especially when I do video editing. And the 5.7-inch display on my Nexus 6P makes a difference. And the 5.9-inch display on the new Huawei Mate 9 is even better. I could actually even think of using a phone with a 6-6.3-inch screen. Definitely. It’s a mobile computer to me and not a phone. I never do phone calls anyway.

So there you go, some of my reasons, thoughts and opinions about why I probably won’t switch back to iOS.

Here is my video about my new Android Journey: