I have switched from Swiftkey to Google Keyboard 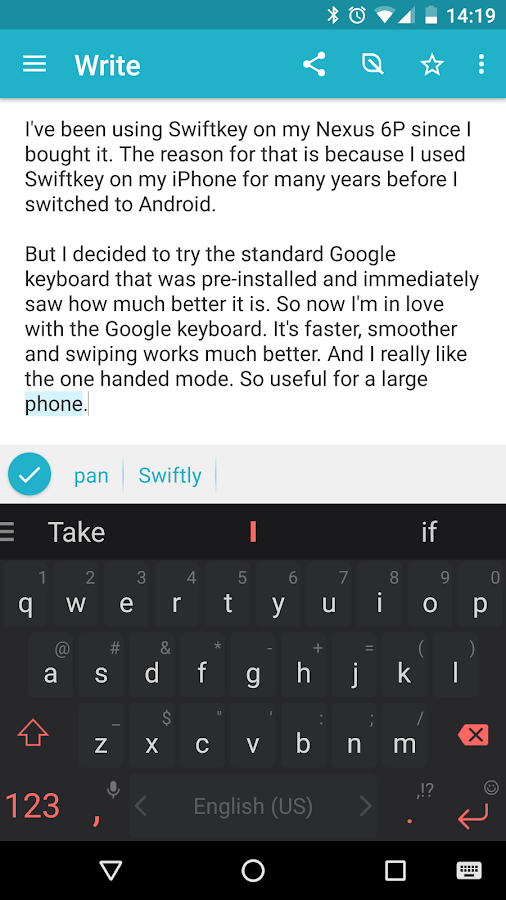 I’ve been using Swiftkey on my Nexus 6P since I bought it. The reason for that is because I used Swiftkey on my iPhone for many years before I switched to Android. 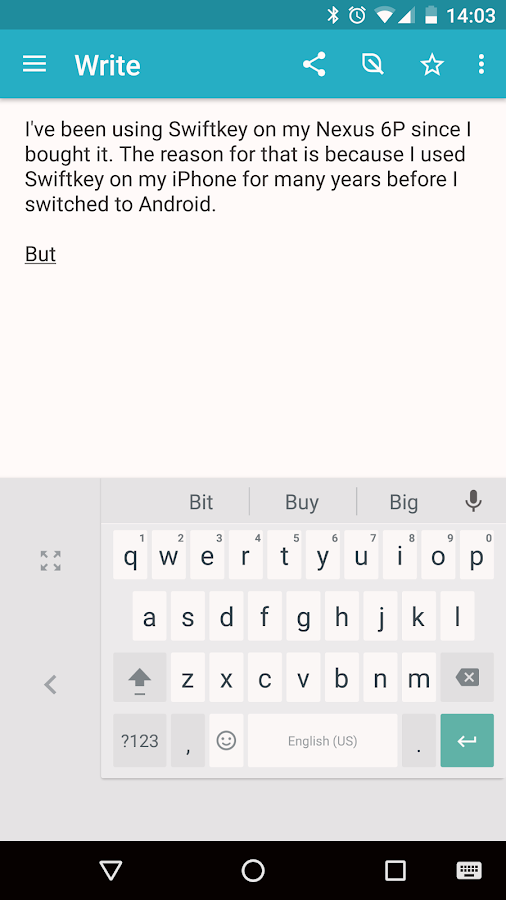 But recently I decided to try the standard Google keyboard that was pre-installed and immediately saw how much better it is. So now I’m in love with the Google keyboard. It’s faster, smoother and swiping works much better. And I really like the one-handed mode. So useful for a large phone. So thumb typing with one hand is no problem at all on the huge Nexus 6P. It won’t be a problem on even larger phones than that either.

The only drawback I can see is that I have to switch between English and Swedish keyboard. Swiftkey supports multiple languages at the same time. But that’s not a huge problem because I just have to long press on the space key to switch. So it’s very easy to do.

But again, Swiftkey is at least way better on Android than it is on iOS. Way better.

Here is my video explaining why Swiftkey is better on Android than on iOS: