Wow! Skyward by Brandon Sanderson was a very very good sci-fi book! Even if it was a tiny bit of YA (Young Adult), and Spensa was very annoying at times. As teenagers really can be. But the story, the mysteries, the unknown was very exciting. And I am not usually a fan of space operas or space adventures, but this light Sci Fi was so very well written so it was hard to stop reading. You just have to know how it should go with everything. I liked it a lot. But at the same time I can’t see how the second book can live up to this, or how it could be interesting enough to read. But we will see, It looks like it will be a trilogy. 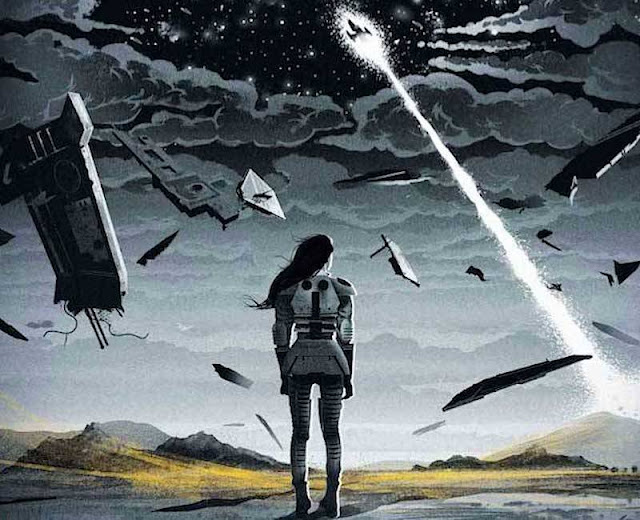 Spensa’s world has been under alien attack for decades. Pilots are the heroes of what’s left of humanity, and becoming a pilot is Spensa’s dream. Ever since she was a little girl, Spensa has dreamed of soaring skyward and proving her bravery. But her father’s legacy stands in the way—he was a pilot who was killed for desertion years ago, branding Spensa the daughter of a coward, and making her chances of attending flight school slim to none.

Spensa is still determined to fly—even if it means she must be as resilient in the face of long odds as humanity itself has had to be against the alien threat. And her accidental discovery in a long forgotten cavern might just grant her a way to claim the stars.

I give Skyward by Brandon Sanderson 5/5 in score.