So finally is Apple allowing us to download bigger files, apps and games now. About time..

This week, Apple has upped the cellular download limit for iPhone and iPad that prevents users from downloading large files from Apple’s stores, including apps, games, video podcasts, iTunes Store films and more.

It's not enough though. We should not have a limitation here.

The cellular download limit has been increased from 150 MB to 200 MB. This means more apps and games are now be allowed to be downloaded over the cellular network. 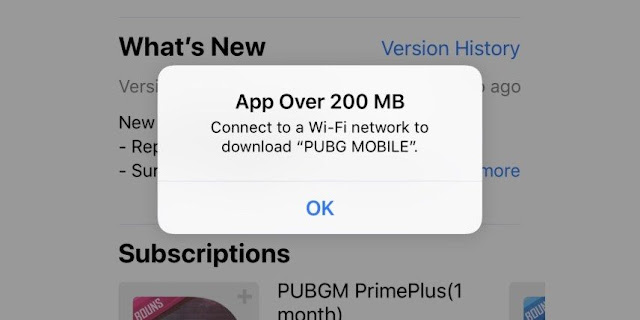 I can understand why Android users are mocking Apple users about this.

The cellular limit is often mocked as a stupid feature as Apple offers no opportunity to override the limit and force the download to succeed.

I have an unlimited data plan, as many other has here where I live. Internet Service Providers in Sweden and many other European countries has unlimited mobile plans as an option. So I don't want Apple to decide how big files I am allowed to download. It's much better to have a warning when downloading large files over cellular data. Exactly as Google has done it on Android...

It is also silly because the cellular limit is enforced non-discriminately, which means even iPhone users with unlimited data plans are still barred from downloading apps and games over 200 MB.