I'm back to using Mac OS High Sierra on my old MacBook Air again. It was nothing wrong with Linux Ubuntu 19.04, quite the opposite. It's an awesome OS that I really can recommend. But the reasons why I decided to install Mac OS High Sierra are many. 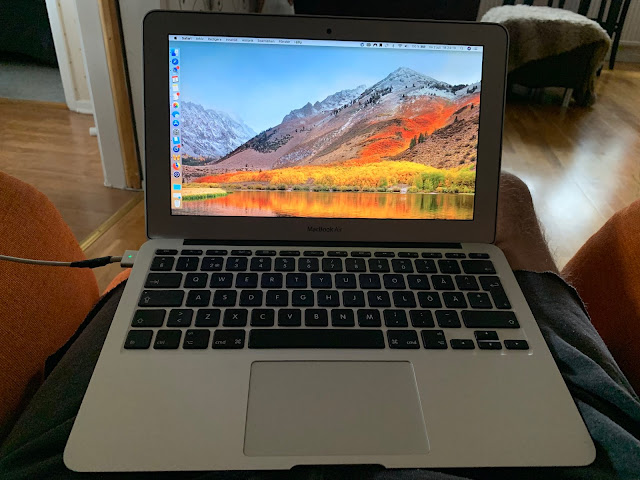 First of all, I want to use my 11-inch MacBook Air as a substitute for a potential iPad. I'm very tempted to buy an iPad again. So until Ive decided to do so (and also waiting to see if there will be any new versions this year), I want to use my MacBook Air running Mac OS again. I can sync apps and data between my iPhone XS Max really easy with Mac OS. Plenty of the apps I use are available and works the same on both platforms. Like Drafts, Ulysses, Reminders, Calendar, Mail, Messages, iCloud. So it feels like I have the same seamless sync that the iPhone and an iPad would have. 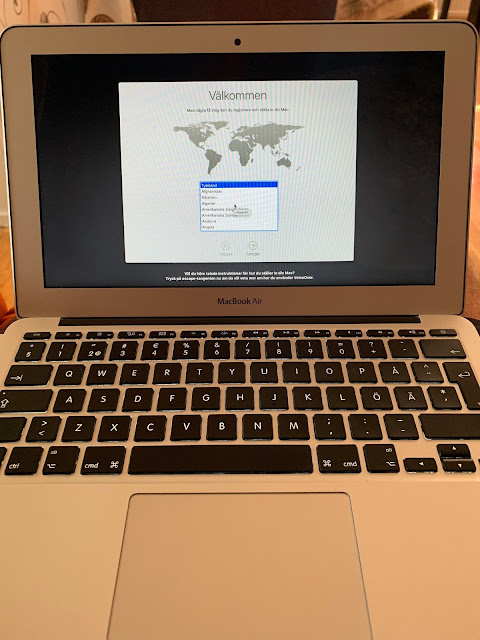 The second reason is that I want to use it with the web based Plex Player watching movies and TV shows from my Plex Media Server. It simply sucked on Linux. Works much smoother on Mac OS and Safari web browser. The 11-inch screen makes it feel like a portable iPad with a Smart Keyboard.

And another reason is also that I've read that the new coming version of Mac OS called Catalina will support my old MacBook Air from late 2012! That's amazing. Hopefully it will fully support the iPad app compatibility that Apple has announced.

So hopefully my 11-inch MacBook Air will last until I will buy an iPad. I am thinking of the 11-inch iPad Pro with mobile data (SIM card) will fit me better than the 12.9-inch. More portable and easier to hold. But we will see what Apple has to offer later this year.

Update: I’ve now installed Mac OS Mojave, and it works even better! I am in love with my old MacBook Air again :) Please subscribe to my channel