According to the Apple analyst Neil Cybart, the Apple Watch and Apple AirPods is very popular. In fact, more popular that the iPad and Mac.

Dramatic growth in Apple’s wearables means that the product category — mostly comprising the Apple Watch and AirPods — will overtake both iPad and Mac by the end of next year, says a new analysis.

Apple’s wearable category is a slightly odd one at present, as it also includes HomePod and Apple accessories, but the bulk of the sales are believed to be from AirPods and the Watch. Neil Cybart estimates that these two products make up 60M of the 70M wearable sales.

I can definitely understand this. I am a heavy user of both the Apple Watch and the Airpods, and I can say that these products are the future for Apple. And we can clearly see that Apple is working on making the Apple Watch a completely stand alone device, so that it doesn't need the iPhone in the future. It has already support for mobile network connections, and soon it will have its own App Store. 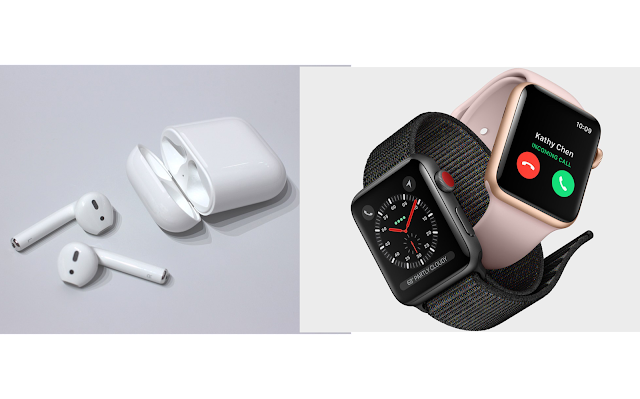 Personally I can see a future were the Apple Watch has taken over the need for the iPhone, where I will do all my communication through the Apple Watch instead, and use a larger displayed device like the iPad for everything else. And of course having the Airpods paired to both the Apple Watch and the iPad. I already do phone calls and messaging on my Apple Watch and Airpods, and this will only get better and better over time. Siri learns how I speak the more I use the service, and I can easily compose both messages and emails using Siri on my Apple Watch. And I run a lot of Siri Shortcuts both from my Apple Watch and my Airpods. And as I said, in the future I can use the iPad instead of the iPhone for writing longer pieces, video editing and all the rest I use my iPhone for today.

I also believe that the Airpods will get more and more features built in. Especially health features. They will probably have sensors built in to measure and collect all kinds of stuff.

So personally I believe that wearables will be a very large product category for Apple, and a very important category too. It will move innovation forward instead of the iPhone. The iPhone, or rather the smartphone is already a full grown product were innovation has been quite stale for years. So the Apple Watch and Airpods will move Apple's innovation forward, and probably some other products we don't know of yet. Like an ARM-based Macbook and some other products.

Watch my latest video below, and please subscribe to my channel: