The Mac with Apple Silicon brings the best from iPad, iPhone and Mac together into a dream device

When the first Macs will be released that runs on Apple Silicon, sometime late this year or early next year, then we will see a new kind of Apple device that brings the best of the iPhone, iPad, and Mac together into one unit. 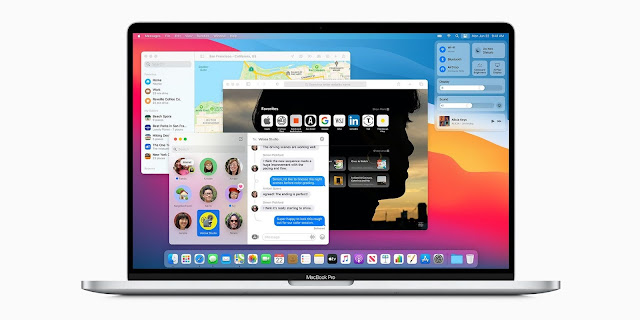 First there was the word that the entire platform is moving to the same Apple-designed processor architecture that powers the iPhone and iPad. Then came the news that those Macs will run iOS and iPadOS apps as well as Mac apps. That means the Mac is no longer going to be an outlier. In contrast, it will become the center of Apple’s computing universe, where all of its platforms come together.

It’s kinda obvious that the new MacOS Big Sur is becoming optimized for Touch, with the same design on the controls as the iPad, and also has a larger space between icons in the UI, to be able to easier use your finger to activate them. So basically the Mac becomes an iPad with a keyboard.

But now I don’t think it’ll ever happen—because it doesn’t need to. The iPad laptop is a MacBook, especially if it comes with a touchscreen. The MacBook of future will run all the same software that my iPad does… and it will also run all my Mac software, and provide access to Terminal if I want it. It will be a laptop first, but it will bring iPad apps along for the ride.

The Mac won’t have the limitations that the iPad has, you will be able to install any apps you want, and you can run all the professional apps that you have just dreaming of coming to the iPad. And you will be able to run all your favorite iPad and iPhone apps on the Mac too.

And lastly the best point of all:

The Mac will be able to do anything, and run anything, that the iPhone and iPad can. And on top of that, it will have its traditional powers, including access to decades worth of professional apps, the ability to download software outside of the App Store, access to the command line, and much more. The Mac won’t be the red-headed stepchild—it will be the one Apple device that does everything.

Personally I am so excited over this so I can hardly wait! I was so very much into buying the next iPad Pro with the coming A14 Apple Silicon CPU, and adding the Apple Magic Keyboard to that. But now I rather buying the first MacBook with Apple Silicon CPU that can do everything the iPad can do, run same apps, but so much more. You can finally have a kind of “iPad” that is not so limited, that can do stuff that Apple won’t allow on the “normal” iPad. So I will get the best of both worlds when buying a Mac instead.