I don't listen to podcasts anymore - I have YouTube Premium

Podcasts often has some parts that I don’t like or is not interested in. They also often has some persons I don’t like and get irritated at. So I prefer listening to YouTube videos playing in the background instead of listening to podcasts. You need a YouTube Premium subscription to be able to do that, but it's worth it. You get so much for the money. I think it’s too much chatter in podcasts about stuff I am not interested in. With YouTube videos you can listen to exactly what you want. It’s not often I need to watch a video. It’s enough to just listen to them. I just add them to my YouTube Watch Later list and then say to Siri to play my watch later list using a shortcut when I am in my car or at my office for example. Then I can always listen to what I am interested in and I doesn’t have to listen to people that irritates me. Watch my video below where I explain all this. 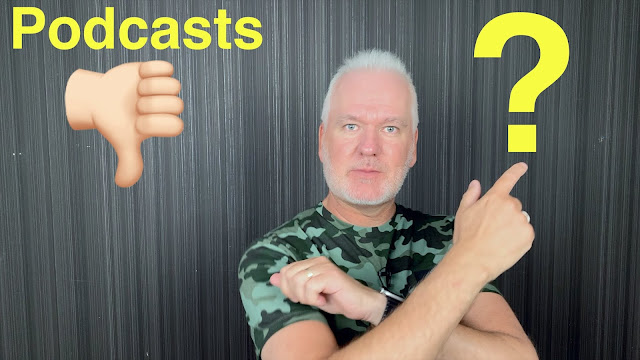 • Download videos to watch offline: Save videos and playlists on mobile devices and play them offline

• Play in the background: Keep videos playing when using other apps or when your screen is off

• Ad-free music: Listen to millions of songs uninterrupted by ads

• Play in the background: Keep music playing when using other apps or when your screen is off

• Ad-free and offline play in the YouTube Kids app