Will Spotify change the Audiobook market?

It will be very interesting to see what Spotify can do when it comes to audiobooks streaming. Here in Sweden they have huge competitors in Storytel, BookBeat and Nextory. But Spotify has more subscribers already though, so if they can convert them to be book listeners too, then they can maybe succeed. But then again, we have seen the problems they already have with podcasts in the same app as music.. Personally I think the Apple way of doing this is better. Having separate apps for different things. Not everything in the same app. Remember iTunes anyone? 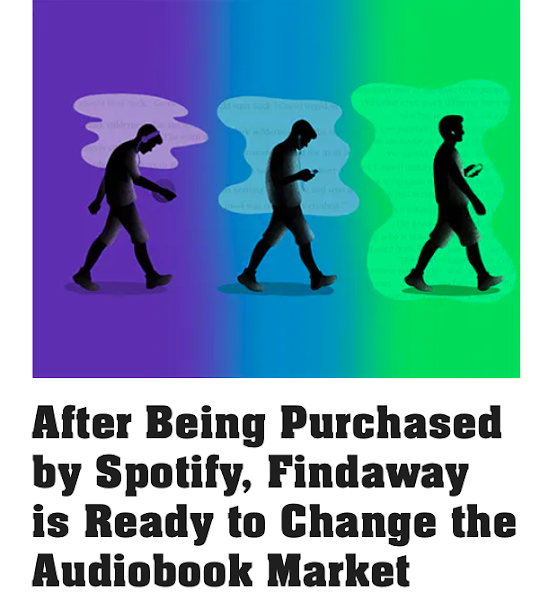 The partnership between Findaway and Spotify combines two different facets of the audiobook world. Findaway brings extensive industry knowledge and the status of having the world’s largest audiobook catalogue, while Spotify sports millions of existing listeners and a reputation of being a leader in audio media. With the two working together, Kroll thinks the future of audiobooks will forever be altered. “Spotify will bring an increase in scale in a way the audiobook market has never seen before, which will drive more creation, investment and technology,” Kroll says.