Tom Bedford wrote an interesting article for TechRadar about why can’t Premium Android phones last as long as eBook Readers do, and I must say that I’ll agree. You find a link to his article below.

Now I must say that I am an Apple user and with that I use an iPhone, and the latest iPhone that I have, the iPhone 13 Pro Max, has an incredibly long battery life compared to all other phones I’ve tried the latest years. 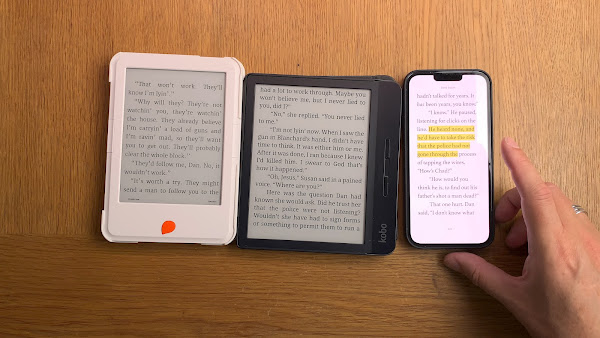 So that premium Android phones gets worse battery life every year, is not true when it comes to iPhones, but it still doesn't have even as near good battery life as my Kobo eReader for example. I still need to charge my iPhone 13 Pro Max at least once a day. Sometimes even more depending on how much I have been using it.

Now charging for me is not a problem though because I have wireless chargers everywhere, at home, at the office and in my Mercedes.

But it would be cool if I could trust my phone when it comes to battery life as I can with my eReader.

I, like many people I know, get battery anxiety. This is the worry that your gadget’s battery won’t last until the next time you’re able to power it, and the concern often manifests in you drastically modifying your use patterns to make sure it lasts. This can involve not listening to music when you want to, or ignoring messages so you don’t need to turn on the screen.

Battery anxiety isn’t just a byproduct of tech-obsessed teens, though. Our lives revolve around our phones; we use them instead of credit cards for payments, instead of maps for navigation, and sometimes instead of keys for accessing the place you live or the vehicle you drive. Running out of battery could be catastrophic.