What this means is that users won’t have to connect an iOS device to the same network as the Apple TV. So it would be possible to stream content without having to ask for someone’s network credentials. Its also great for the hosts who aren’t comfortable with giving out their network credentials or even if the Apple TV is in an enterprise environment.

This is pretty nifty. One more service that uses Apples Mesh Network technology that AirDrop uses. Bluetooth for identification and a WiFi Direct connection for speedy data transfers. This is awesome and is so much better than the Google Chromecast solution. Do you remember my failed attempt to using a Chromecast to cast PowerPoint presentations from a mobile at my day work? It still doesn't work1….

With an AppleTV it works perfectly fine, and with iOS 8 it will work even better when I'm at my work where I not always have a wifi connection. So still the AppleTV is a much better buy than the Chromecast. 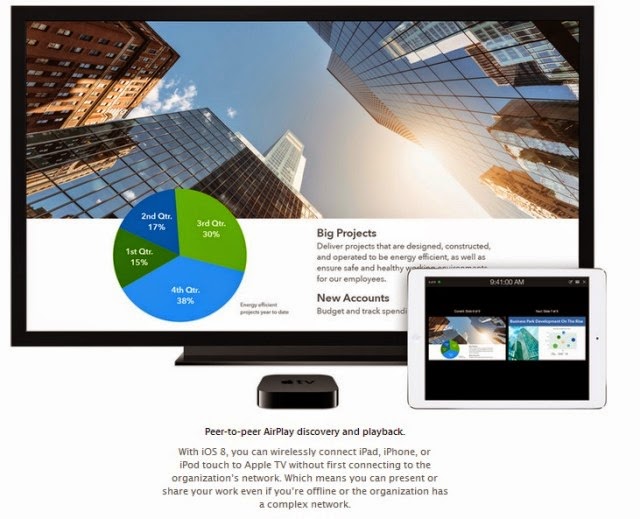