Samsung presented the new Galaxy Note 10 and Galaxy Note 10+ on their UNPACKED event. Personally I think they look quite boring actually. The only really interesting is the 6.8-inch display on the bigger Galaxy Note 10 Plus. As you may know, I like as big phones as possible because I use them as my main computers, and 6.8-inch sounds very interesting. 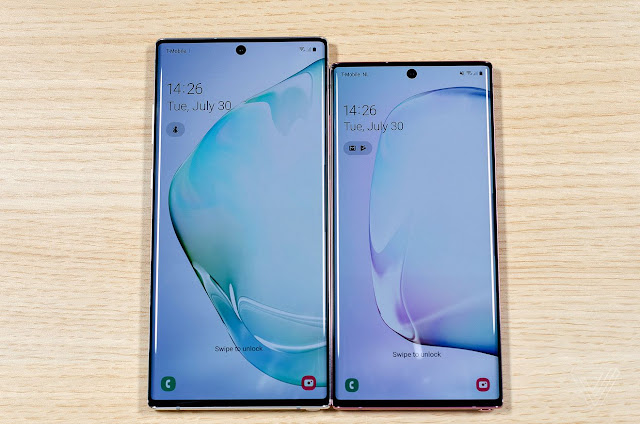 Samsung is announcing not one, but two versions of its flagship Galaxy Note 10 smartphone: the regular Note 10 and the jumbo Note 10 Plus. Really, though, you should think of the Note 10 Plus as the traditional Note — it’s virtually the same size as last year’s Note 9 and continues the tradition of the big-screened, super-powered, stylus-toting smartphone. The Note 10 is something new: the Note’s stylus and power crammed down into something a little closer to the size of the Galaxy S10.

Everything else sounded quite gimmicky and in fact, boring. Nothing special. The design is very beautiful though, and the build-quality looks very good (as usual on recent Samsung phones).

One thing to note is that they removed the headphone jack, and that is very embarrassing for Samsung after mocking Apple so much about it, as I wrote recently.

Another cool thing is that now with the Samsung Galaxy Note 10 and Note 10+, you can run Samsung DeX on a Windows PC and Mac too. It means that when you plug in the phone with a USB-C cable to your computer, you get a WIndow with all your Android apps running in DeX mode. Very cool. I have been using Samsung DeX quite much with my Samsung Galaxy S8+, and it could be useful, but if you only want to use it as for example an Android TV Box or Apple TV as a media center/player, then it is a lot more of a hassle than using the real deal. But for quick stuff that you want to use a larger display for, it's quite good. 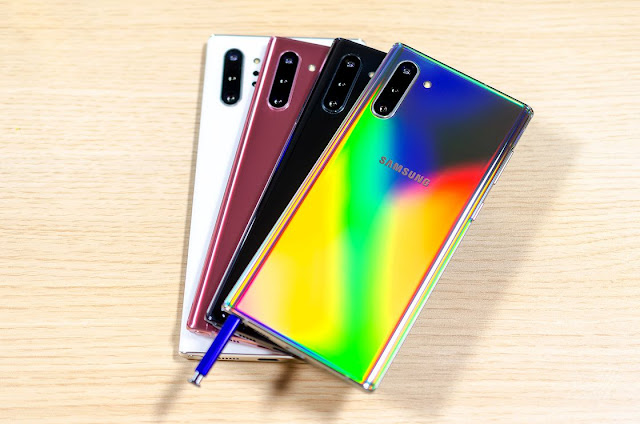 An Android phone ages a lot faster than an iPhone does. That's a fact. So personally I think the price for the Samsung Galaxy Note 10 and Note 10 Plus is way too high. Starting at $950 and goes way up to $1200 for the larger Note 10+. Yes I know that the iPhone XS Max is very expensive too (and that’s probably why Samsung tries to do the same), but it gets constant updates for many many years, and can easily be used for at least 4 years without problems. So it's a great investment compared to the Samsung Galaxy Note 10 Plus, that will feel old and quite slow and laggy already after 2 years.

SAMSUNG NOTE 10 AND NOTE 10 PLUS SPECS


Via Samsung Galaxy Note 10: two sizes, new S Pen, and DeX on your laptop - The Verge